Well we got to train together finally! I hope everyone has a restful and rejuvenating break and I look forward to seeing you all in the new year. There may be some informal trainings during January so keep your eye on Team App for details. Official training starts back on 6 February. Here are some pics of Atsushi's place and surrounds. Looks like he might need a visit from a few of us to help him with that garden!
Post a comment
Read more

- November 29, 2020
This is a short video of the right-foot-first, small men cut technique we looked at yesterday. It was great to train face to face finally! Everything went well and it was great to welcome back Soon properly and also two new members, Nick from Cairns (previously from Ballarat) and Nate our one and only Zoom beginner! In light of reaching the 28-day milestone of no new local cases of the virus we trained largely without masks but with other COVID-safe modifications to training. However if individuals wish to train with masks as some did on Saturday that is of course their right. It is likely that in future we may have new cases in the community and so we'll have to go back to a more strict mask-wearing regime during training, but for now I think we have earned the right to train mask-free without danger if we wish. Some points for those who haven't yet been to Latrobe:  parking is free after hours, even though the signs all say 'permit only'. So no need to find a parking
Post a comment
Read more

- November 23, 2020
***NOTE: changes below*** We will be training at Latrobe Indoor Sports Centre for the next three weeks: Saturday 28 November from 12 noon to 1pm Saturday 5 December from 11am to 1pm Saturday 12 December from 11am to 1pm Cost of training will be $5.00 per person on 28/11 and $10.00 per person after that, payable on the day. Please bring two N95 masks per person to train in. Do not buy the ones with the plastic valve. Have other masks on hand for non-training use. ALSO PLEASE NOTE THE FOLLOWING CHANGES: We will be using the basketball court, not the squash court. But we will be in the same venue. See map below. This means the instructions around training a slightly different: We can get changed in the change rooms. We  will do  rei and mokuso before and after training. We will be training in the same space, which will make things easier and more flexible I have changed the other instructions below to reflect this. Some, such as the overall plan for training, remain the same. The locati
Post a comment
Read more 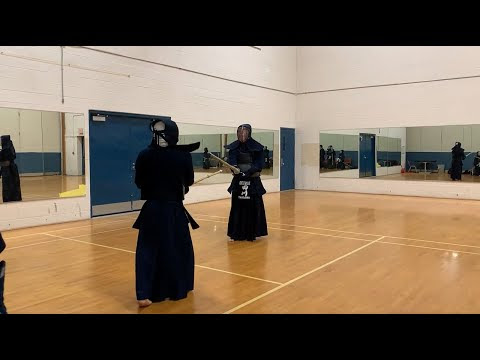 As mentioned at training this morning there will be no Kata training this Tuesday 10 November. There will however be a special meeting at 5.30pm on Wednesday 11th to discuss returning to in-person training. Items on the agenda: confirm ability to train in person next Saturday 14 Nov decide on location and time discuss options for return to dojo  I will endeavour to speak with St Pius and find out what I can about their needs/issues around us returning. I will also see if there are some alternative (larger, better ventilated) venues that might be available either for a short-term or a medium term option. Videos First, the video of Tagawa sensei (H8 dan) from Detroit that I mentioned. And also the classic video of Chiba sensei and his 'seme-ashi'. Take note of the movement of his kensen when he makes seme.
Post a comment
Read more 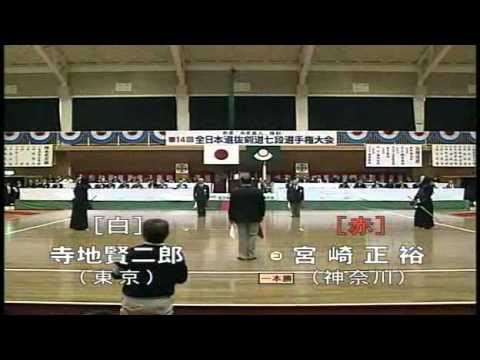 In the previous post I listed the various branches of Itto Ryu and asked you to consider the similarities between their use of the sword and Kendo. Sometimes when one becomes used to a certain way of doing things, one can fall into the trap of thinking that is the only, or maybe the best, way of doing things. In learning iai kata of Tatsumi Ryu, we are trying to break out of that thinking by exposing ourselves to a system devised long before even the Itto Ryu was founded. This means that there are some fundamental differences in how the sword is used.  In these posts I am mostly interested in the differences in how to swing the sword. In Kendo, and indeed in most of the styles of iaido practiced today, the fundamental cutting action is a straight up-and-down action often referred to as kirioroshi , cutting through or cutting down. In Tatsumi Ryu, the characteristic action where the sword first goes through a circular backswing before cutting downwards is called kowauchi , or 'power
Post a comment
Read more 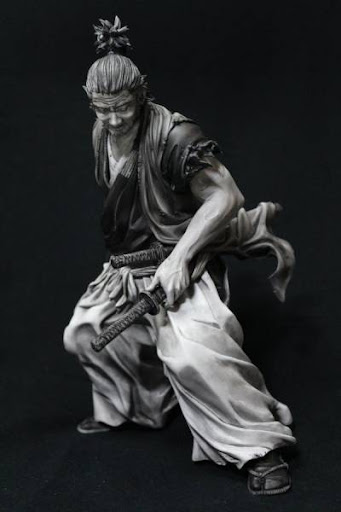 A figurine of Ito Ittosai as he appears in the manga "Vagabond" 人は眠っている時でも足がかゆいのに間違って頭をかくことはありません。人は意識下に己を防衛しようとする本能が動いております。その原理を生かせばよいのです。     伊藤一刀斎 (People do not accidentally scratch their heads when their feet are itchy, even when they are sleeping. People have an unconscious instinct to defend themselves. You have to make use of that principle.)   This is one of the famous observations of Ito Ittosai, founder of the Itto Ryu (One Sword School). It might not sound like much, but there's a lot to think about there.   https://www.youtube.com/playlist?list=PLJor9pGc9SS6IRT9zk2dw25qrYULXh0Qq I've made a brief playlist of the main Itto Ryu lineages. There are some others I haven't listed that are more recent (i.e. less than 200 years old) but these are the main ones.  Of these, the Ono-ha, Hokushin, Mizoguchi-ha and Nakanishi-ha are the most widely practised. Kogen Itto Ryu is less common. Most have hereditary headmasters, usually called soke . The Mizoguchi-ha is
Post a comment
Read more
More posts