The Japanese artist and printmaker Hokusai was one of the most famous and influential artists of his time. He lived at the end of the Tokugawa era and the beginning of the Meiji era, which means he saw Japan change from a feudal society to a modern, industrial one. He produced the first manga, which were a collection of sketches of everyday life. These manga even covered martial arts training and armour as you can see from these drawings. Actually they were not just drawings, but woodblock prints, which means all the lines were carved out of wood, not just drawn with a pen or pencil. This makes them even more remarkable I think.

The last picture is nothing to do with Hokusai, other than it is a photograph that would have been taken about the same time as he was producing his artworks, probably around 1860-70. The stances would have been posed for the camera, as photographic film wasn't sensitive enough at that time to take action shots. I think it's interesting to note little differences like the striped hakama and long kote. b 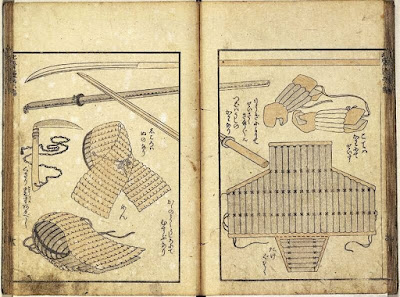 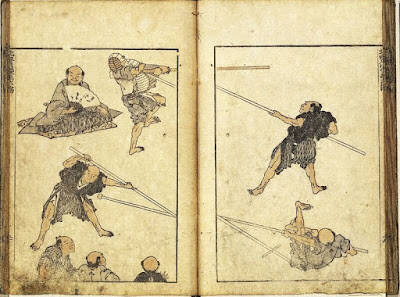 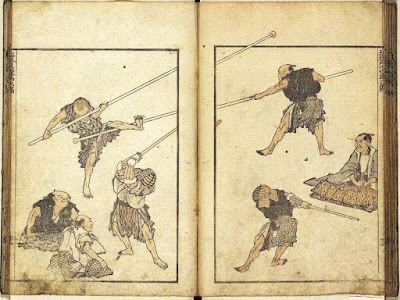 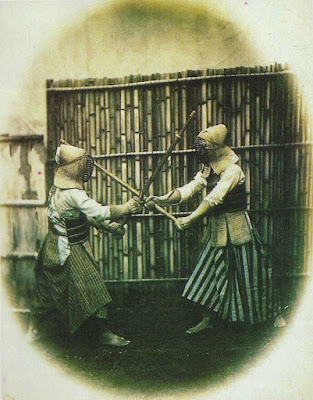 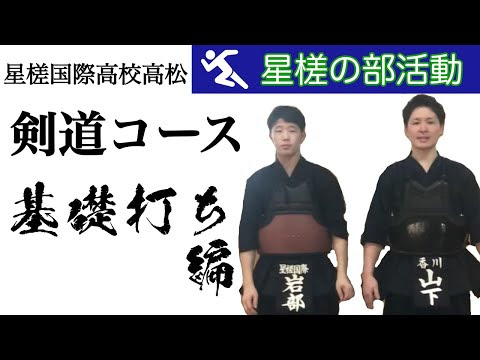 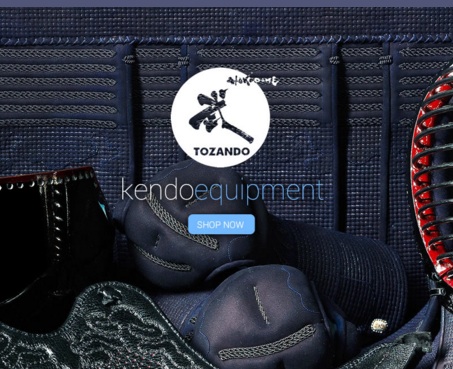