Showing posts from September, 2010
Show All

- September 20, 2010
This relates to our practice of refereeing at yesterday's Harugeiko . Here is a great video of makiotoshi men . Watch closely at 0:50 you'll see the technique. What is not clear until the replay at a different angle is that the opponent totally loses his shinai. The timing of the men cut after the technique shows how quickly you must act before the shinpan have a chance to say yame ! In this case I think the opponent's shinai had not yet hit the ground when his men was struck. Another thing to note is that zanshin after the men is expressed not by going forward past the opponent as is usual, but by standing still. The reason is that, due to the nature of the technique just executed, moving forward would not have been a natural part of the technique. Quite a remarkable technique, even more so as it was executed under great pressure at a major competition, the Tozai Taiko or East vs West Competition.
Post a Comment
Read more 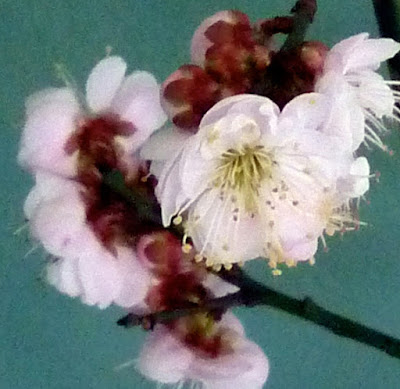 It's Spring! What better way to celebrate perfect kendo training weather than with an all day gasshuku? Saturday 18 September will be our first harugeiko , a one-day training camp from 9am until 5pm. The cost is $20/person for the whole day. BYO lunch but morning and afternoon tea provided. The focus will be shiai and will include some shinpan practice. Please leave a comment below indicating if you are intending to come. Hope to see you there. b
3 comments
Read more

- September 07, 2010
Here's a cool ad from Mazda Japan for their new "4 door, 4 seater concept car" the "Shinari". Not sure what the word means but the kanji (靭) contains the 'radical' (mini-character) for "blade" (刃). Must say I really DO like the look of the car. :P I think it will have to be an Autobot in the next Transformer movie! b (PS - Who else thinks the whole video is 3D animation?)
Post a Comment
Read more
More posts