- October 10, 2010
Well yesterday's visit by 22 sensei from Japan was a great success. It really did seem like a dream to have so many experienced instructors in our small dojo. When the bus arrived in the car park and they all started to get out it was like, "here they come!"

We had to "extend" the dojo outside with carpet. Luckily it was such a beautiful day, and some of the sensei took the newest Nanseikan members outside for some intensive training, leaving the rest of the space for jikeiko.

The format of the morning was first zokin (cleaning), which was pretty hectic but with so many people it was over in about 45 seconds!

Next we posed for a group photo, then had the usual welcome speeches and exchange of presents (Nanseikan gave each of the sensei a packet of Madura tea, since it is grown and made in Australia, is different to Japanese tea, and is something that is not breakable or heavy for their luggage. And the Japanese love a nice cuppa!). Then we introduced the sensei to our way of practicing footwork, which they thought was fantastic. Minowa sensei, the senior sensei of the group was particularly impressed and said that he would like to take the idea back to Japan. You can see from the photos below that the sensei had a great time trying it themselves!

Next was about 45 mins of jigeiko for those in full bogu. This was exhausting and I only got to train against three or four sensei in that time. Luckily the sensei, who outnumbered us 2:1, were also quite happy to train against each other. Then we had two demonstration matches: myself vs Wang sensei, who is only the third 7th dan female sensei I have ever fought against, followed by two of the other 7th dan's, Kuribayashi sensei and Itoga sensei.

The we went back to doing basics without bogu, which Shiina sensei taught. Shiina sensei has a background in some older styles of swordsmanship, so the way he moves and taught us was different to what we are used to but still very helpful. We will practice some of his drills again in class.

Finally it was time for closing speeches, more photos, and exchange of the all-important meishi or business cards. Nanseikan members who were there were encouraged to collect as many as possible because each one of those sensei could be a valuable contact if they ever visit Japan.

Well done to the three new beginners who turned up thinking they might just be watching: instead they had two hours of intensive training with one-on-one instruction! And also to young Alec, who got the most attention of all and hung in there like a trooper! b 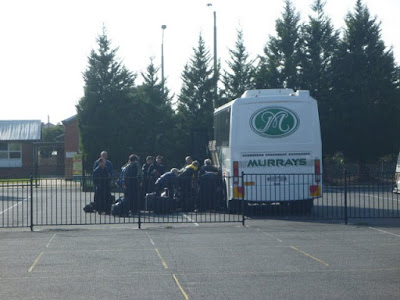 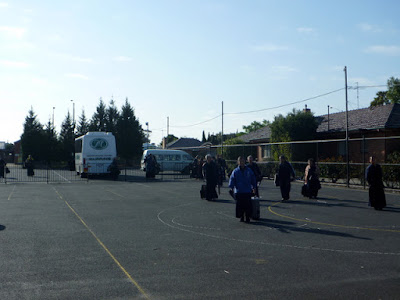 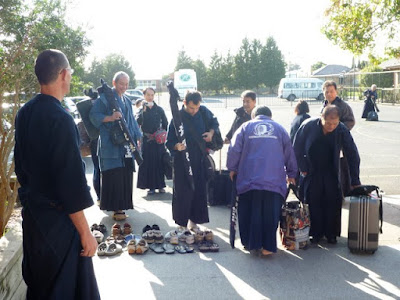 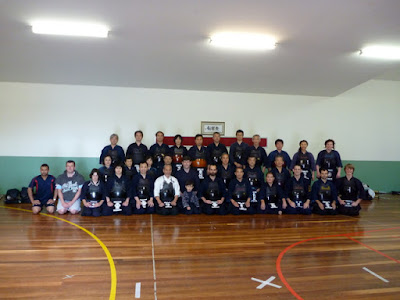 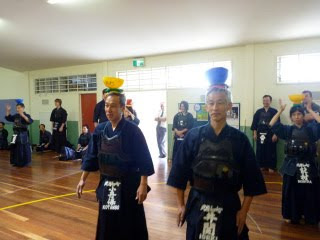 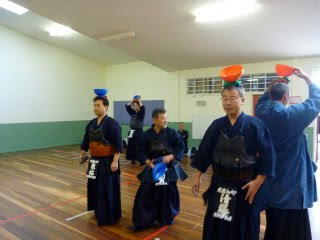 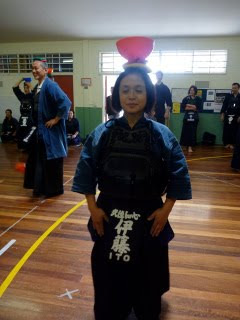 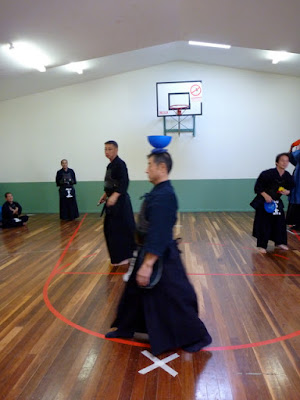 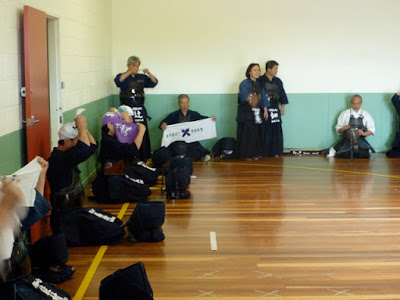 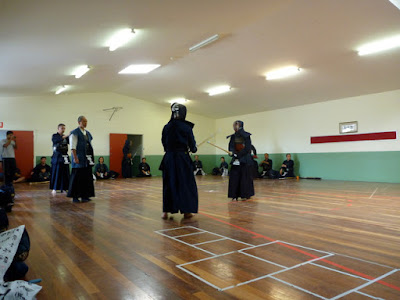 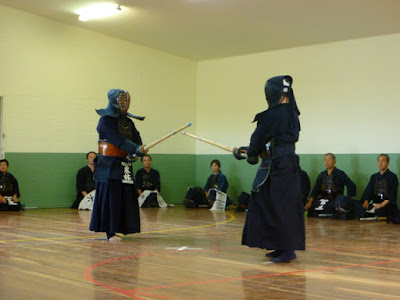 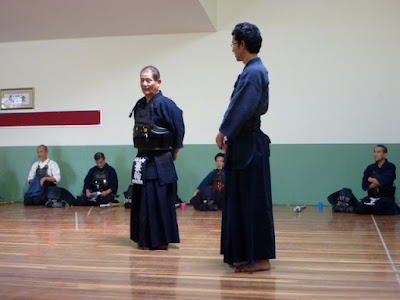 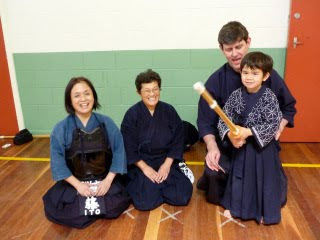 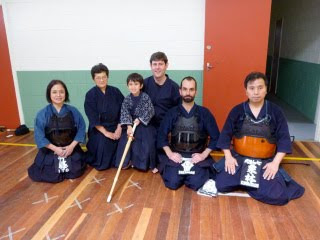 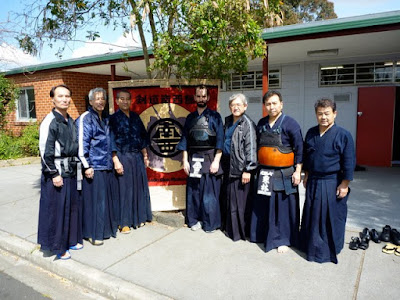 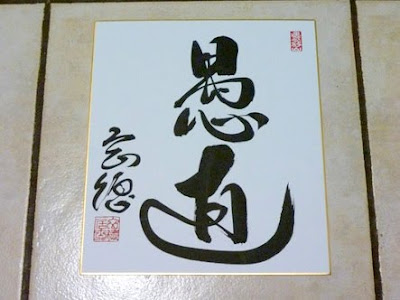 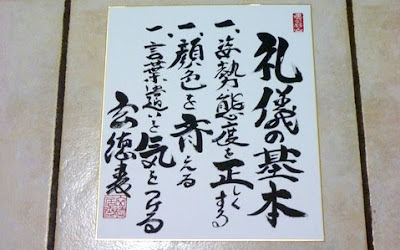 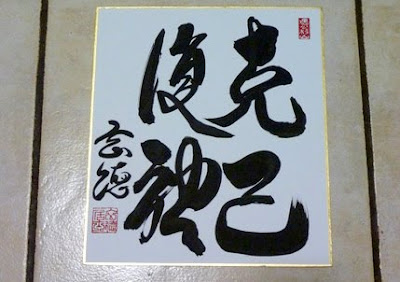