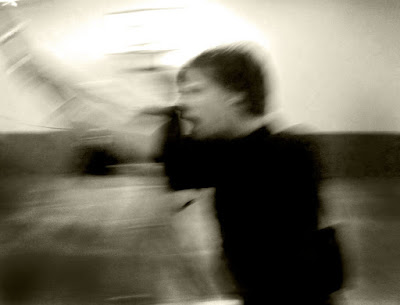 Congratulations to Geoffrey who today passed his 1st dan exam, making him the first Nanseikan yudansha, or dan-grade holder! It is a great achievement for Geoffrey and the result of years of dedicated training on his part. It's also a great milestone for our club as Geoffrey started kendo with Nanseikan.
Dan grades in kendo
Kendo as most of you know does not have belts to signify rank. However 1st dan, or more correctly sho-dan, is roughly equivalent to 1st degree black belt in other Japanese (or Japanese-derived) martial arts.
It is known as sho-dan (初段) which means "starting level" or the level at which you start the serious practice of kendo. It is not a level that gives the holder the right to be lord and master over those ranked below, as in some other martial arts. On the other hand, unlike some other martial arts there are no "junior" black belt rankings. No matter their age, each kendoka is being judged on the same criteria.
The test for sho-dan is not some kind of physical ordeal. It is the same format as every kendoka will face in their grading from that point on: 1) two separate jitsugi (matches against someone of similar level), 2) kata, and 3) a written test or paper on an aspect of kendo theory. The only difference between a 1st-dan test and a 7th-dan test is that, in the latter, the grading panel is looking for candidates to show "7th dan kendo". Exactly what that is, most people in Australia don't really know until they get to 6th dan!
Lastly, it is an interesting fact to consider that to attain sho-dan takes more years of training in Australia than it does in Japan.
Geoffrey has expressed a desire to specialise now in fighting from jodan no kamae. With the achievement of his sho-dan, Geoffrey has shown that he is ready to start on this new path, and that he has the discipline to do so with success.
club info instructional posts news