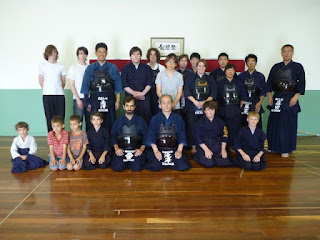 It was a great turnout for Takizawa sensei's visit. There were kenshi of all ages and abilities: even three of my high school students (two current and one former). Kyohei from Benalla also brought three of his students. It was great to see his wife Tomoko return to training after injuring her hand. Many parents and even some passers-by stayed to watch. The little Dojo certainly felt full of people and there was a great energy. 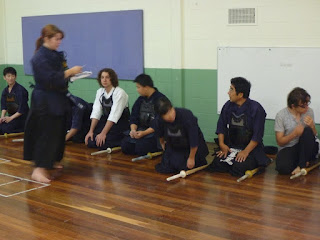 Before we got started, Steph handed out 10th anniversary badges to all NSK members. 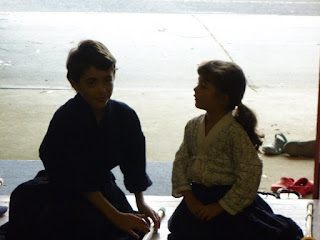 My own two angels were there. Jetta only lasted through the warm-up but Sholto did the whole beginners' section of training. 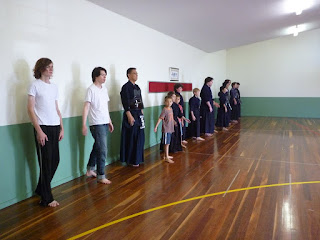 The class started with basic running and footwork drills... 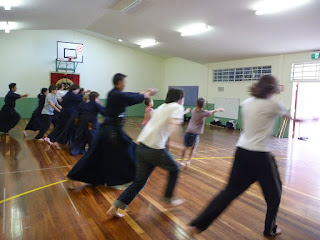 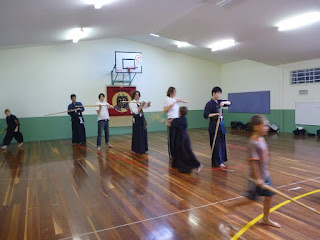 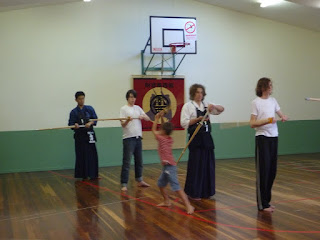 We did a great deal of shinai geiko in the first half. Takizawa sensei remarked how much like his own Dojo's training this was. 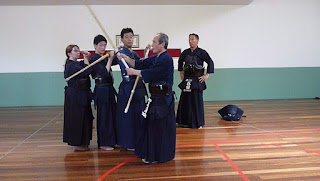 He later gave us some feedback and tips on further drills, such as the one pictured above: bringing all the motodachi very close together so that the cuts are faster. He also suggested that in a line of multiple motodachi, the last one should not just stand still but move towards the attacker so that the attacker has to judge the closing distance more dynamically. 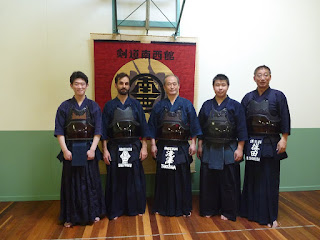 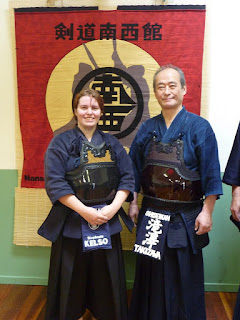 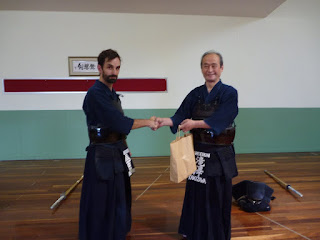 He noted two points for us to keep an eye on:


We will take a closer look at both these points at net week's training.

Many thanks to Shinoda sensei for bringing Takizawa sensei to Melbourne and giving us this wonderful opportunity. I hope some Nanseikan members will in future be able to visit the Shiseikan Takizawa Dojo in Atsugi City, Kanagawa Prefecture.

For more pictures of Saturday's training at Nanseikan and also the afternoon session at Kenshikan, see Shinoda sensei's blog:
http://koalaten.blog72.fc2.com/blog-entry-1010.html