This is a recent upload of a doco I've not seen before. It's probably from the 1970s and features rare footage of a competition between members of the Imperial Guard at the Dojo of the Imperial Palace in Tokyo. From a rough old video but still well worth watching.


This one's a bit more recent. It is interesting because it is of an entire training session at a private Kendo dojo in Tokyo called the Kobukan. The top of the screen seems cut off but it is actually the mezzanine level where everyone's equipment is stored. The dojo actually makes up the bottom two storeys of Ozawa sensei's house in Nakano ward. Ozawa sensei finally passed his 8th dan after 10 years of trying.    His father was 9th dan in Kendo. 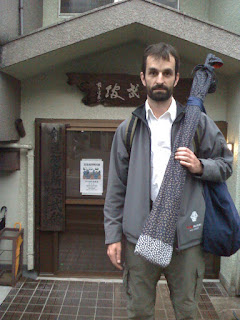 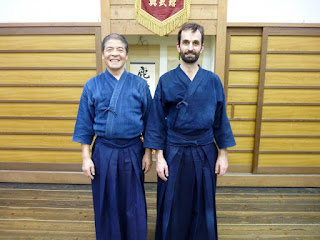 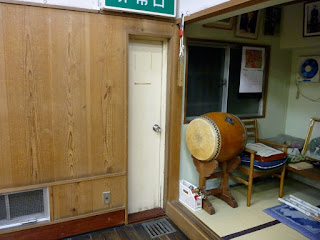 My favourite emergency exit door in the world. 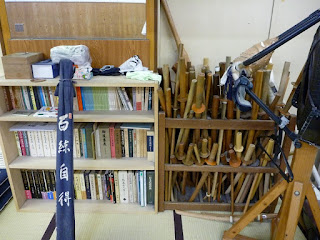 The corner of the dojo right underneath where Mihori san set up his camera to make the video of training you see above.