Showing posts from January, 2020
Show All

- January 31, 2020
If you intend to attend the 2020 Kyoto Enbu Taikai, please send your application form to AKR at akrsecretary@kendoaustralia.asn.au. AKR will collate all individual applications and send them to AJKF. Please note that the application deadline from AKR to AJKF is 12th February 2020.
Post a Comment
Read more

Training for 2020 starts next week! New start time of 9.30am for Saturday training 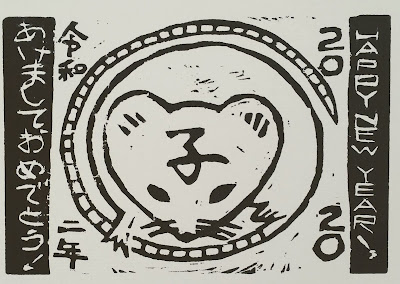 Happy New Year! あけましておめでとうございます！ Training starts back next Saturday 1 February. This year we will be starting a little later. Training will go from 9.30 to 11.30am. Wednesday training will start from Wednesday 5 February. We will start at usual time: 7.30 until 9pm. However I'd like to get opinions on starting earlier, e.g. 6.30 to 8pm There are a number of events coming up. There is the annual Nittaidai seminar, Vic team selections and the big one, the Australian Kendo Championships at Easter. They are in Melbourne this year and it would be great to have NSK members volunteering to help on the day. More information to come.
Post a Comment
Read more

Martial Arts “Kendo” and the Motivation Network During Attention Processing: An fMRI Study

- January 09, 2020
Martial Arts “Kendo” and the Motivation Network During Attention Processing: An fMRI Study : Japanese martial arts, Budo, have been reported to improve cognitive function, especially attention. However, the underlying neural mechanisms of the effect of Budo on attention processing has not yet been investigated. Kendo, a type of fencing using bamboo swords, is one of the most popular forms of Budo worldwide. We investigated the difference in functional connectivity (FC) between Kendo players (KPs) and non-KPs (NKPs) during an attention-related auditory oddball paradigm and during rest. The analyses focused on the brain network related to “motivation.” Resting-state functional magnetic resonance imaging (rs-fMRI) and task-based fMRI using the oddball paradigm were performed in healthy male volunteers (14 KPs and 11 NKPs). Group differences in FC were tested using CONN-software within the motivation network, which consisted of 22 brain regions defined by a previous response-conflict task-
Post a Comment
Read more