Showing posts from April, 2020
Show All

In case you've forgotten what Kendo is... :D

This is a great little TV doco from Japan. In Japanese but there's lots of good Kendo watch. And locations too. It's all about the Kyoto Taikai which happens every May at the Butokuden. Even though this was made for a general TV audience, they spend a lot of time on individual matches. There's even isshujiai ! (kendo v naginata) And it's called "The Kendo". Awesome!
Post a Comment
Read more

"But all the same a crack on the cranium should stick in the memory. I shouldn't wonder!" 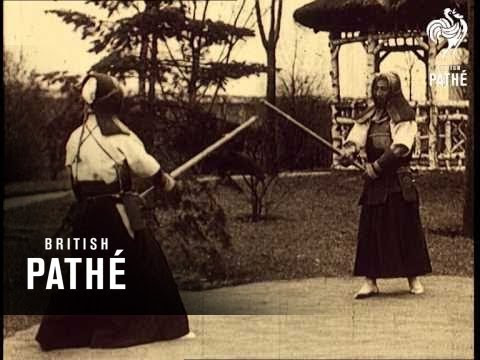 I hope this posting finds everyone well and making the most of the enforced seclusion of social isolation. It seems strange to be on such a long break from Kendo. Not only not training, but not making plans for the future. So to lighten your mood, here are a few fascinating and hilarious old newsreels from British Pathe. For those of us too young to remember, newsreels existed before most people had television. When you went to the cinema to see a movie, which for many was a weekly occurence, newsreels were played before the main feature and they were the news and current affair programs of their day. These ones from Britain have all the cultural attitudes of the day. It's quite amazing to see them from as early as the 1930s. And there's quite a difference between the film from 1962 and 1965. The 1962 group look like they learned Kendo from a book! Although the senpai has quite good tenouchi . The 1965 group look like they at least know how to wear their dogu. It would be w
Post a Comment
Read more
More posts